I Know I Know

And You Can Watch Me Pontificate

About All Kinds Of Silly Stuff

On My Vlog Now!

See So Much Better

It Happens To Us All

We Are BLESSED With A VISION…

However The Vision Must Be Perfect

What You Dream Is A Reality

While Viewing Your New Masterpiece However

In Your Continuous Mind

You See The Imperfections

YOU KNOW You Can Do Better

You Sit And Stare At Your Masterpiece

Beyond Any Point Of Reasonable Sanity

You Know What You Have To Do

LOOK AT IT DIFFERENTLY

AND PREY YOU STILL LOVE IT!

A Tweak Here And There

Before You Know It

You Have Your Piece Hopefully And Your Free

Of Doubt And Self Loathing…

Then Your Heralded As A Genius

Become The Darling Of The What Ever World

And All Is Well…

Hopefully At Least By Your Mom

So the other day a fan came up to me and told me I sound like Tori Amos. . . 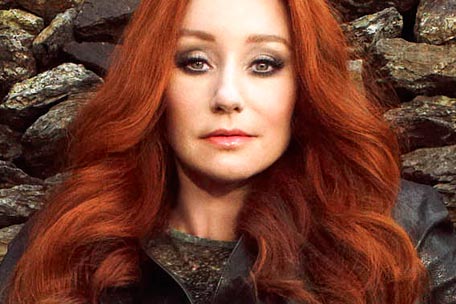 GREAT COMPLIMENT (and if you don’t think I draw from her your a fool.) So in the spirit of Stealing LIke An Artist I decided to research Tori and try to under stand her roots. Now I identify her classical roots because I played cello and she piano. (but she was in a very cool special music school and I was at public school!! Big Frickin Difference!!!)

Anyway so I did a very high tech Google search and came up with an artist named Katie Bush. 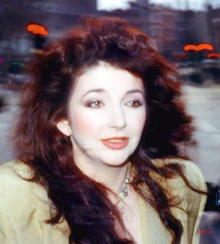 So than to I ran to YOU TUBE the iChing of videos and THERE SHE IS!!!

RUNNIN UP THAT HILL

I LOVE HER, I found a tutorial and I am SO totally going to learn how to play it.

Now Tori has been confronted with this coincidence and here are some of her quotes:

“The comparisons between me and her doesn’t trouble me at all. She’s a great artist, and this is just a game. Maybe, one day someone will say that that new singer looks and sounds like me”.
— Tori; Musica Magazine, 1996

T: I’ll never forget the first time I hear about Kate. I was playing in a club, I was 18 or 19 and somebody came up to me, pointed their finger and said, Kate Bush. I went, ‘Who’s that?’. I wasn’t really familiar because Kate didn’t really happen in the States until Hounds Of Love. I was shocked because the last thing you want to hear is that you sound like someone else. Then people kept mentioning her name when they heard me sing, to the point where I finally went and got her records. When I first heard her, I went, Wow, she does things that I’ve never heard anybody do, much less me. But I could hear a resonance in the voice where you’d think we were distantly related or something.
I: So you were never influenced by her directly?
T: Well, I must tell you that when I heard her I was blown away by her. There’s no question.
I: Did you sing along to the records.
T: Absolutely. But I knew that I had to be careful, so I didn’t voraciously learn her catalogue. I left the records with my boyfriend at the time, because I didn’t want to copy her.
— Tori; Q Magazine, May 1998

“Those comparisons have come up since before I was 18. She’s always been there. She came before me. You respect those who’ve come before you and she was great at what she did. I feel I took control of my record this time like she did too. When I walked into the studio the first day, I asked the engineers about all the buttons they had on their machines. ‘Do they do stuff?’ So ‘stuff’ was something I was ready to do. After Boys for Pele, when I took the piano and harpsichord to the church to record, I knew I was ready for this bigger experience.”
— Tori; BMG Interview, Mar 1999

“Well, I owned two [Kate Bush albums], which are of course “Hounds of Love” and the one after, “The Sensual World”. I really love those two. Someone gave me “The Red Shoes”, but then someone else stole it. People come to my beach house in Miami and some things go and some things arrive. Where did that ceramic squirrel come from?”
— Tori; Attitude Magazine, Sept 2001

“Well, when I was about seventeen, I was playing clubs and people would come up to me and say, ‘You sound like Kate Bush.’ And at the time: seventeen, that was … thirteen years ago, and I would say, ‘I don’t, I don’t know that, but I’ve heard of her.’ So eventually, of course, I got her record, and I didn’t really think I sounded like her. But maybe there’re moments–there’re moments — who knows what my great-great-great-great-grandfather was doing back there, you don’t know where the genes go. I, I do admit that there are moments of ‘God, that’s uncanny.’ I mean, I guess if somebody was going to do, like, you know, ‘Is it live or is it Memorex?’, we could probably do each other and nobody would know, unless you really have a good ear. But, um, she smokes a little more weed than I do, so I’d have to catch up. Just a little more.
— Tori; CFNY Radio Toronto, Oct 12, 1995

I: Many critics have compared you to Kate Bush.
T: Yes, but I think that has nothing to do with my songs, just my voice. They hear these high sounds (sings) and immediately think of Kate Bush.
I: But your song concepts are completely different.
T: Yes, she works with other structures. But her songs are very original, and that’s what matters.
— Tori; Keyboards Magazine (German), Jun 1992

“Well.. if you’re going to be compared to somebody, you know.. she’s wonderful. She does what she does incredibly well and I’ve always admired her.”
— Tori; University Radio Warwick, 1994

Now I have also been told I sound like the great Sarah Mc Laughlin.

(Another compliment I completely accept with shock because she’s frickin awesome to!)  I wanted to give Sarah the Steal Like An Artist treatment and low and behold back to the Google machine and BAM it came up on an artist named Suzanne Vega!

She did that song in the 80’s Luka. And she does sound similar!!!  SO back to the You Tube Machine and BING LUCA!!

This exploration of my sound a likes has really made me feel more powerful. I have taken great ideas and expanded on them. Still not 100% confident but I am trying to understand not only who I am but the people I admire.  We all have a history even if we don’t know it.

Till next time be kind to each other we are all in this together. . .